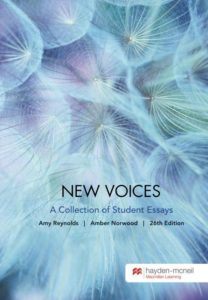 “The Ideal Woman” by Cindy Marquez — This essay examines the portrayal of women in advertisements, particularly the Victoria Secret Angels line.

“Running Out of Water” by Anahi Lara — This ad analysis uses descriptive language to argue passionately for more careful attention to the perils of climate change.

“Till Eternity” by Jose Cuardos — This essay analyzes the video for Justin Timberlake’s song “Mirrors” and compares it to the film The Notebook, arguing that close analysis of the video reveals that the song is in fact about the singer’s grandparents, and not about his own marriage, as critics have suggested.

“The Confident Woman” by Saleh Alajmi —  This essay contrasts a Folger’s coffee commercial from the 1960s and a current ad campaign by Pantene, and compares the portrayal of women between them.

“Misleading Gym Advertisements” by Andrew Ovsepyan — This essay analyses three ads placed around World’s Gym in Tujunga, and argues that they create unrealistic expectations for those who come to exercise.

“Feminist” by Zully Munoz — In this essay, the author performs a rhetorical analysis of an image created by UN Women, engaging the image from a critical and a personal perspective.

“Target: Empowering the People” by Amy Young — This essay analyzes advertisements and marketing strategies employed by Target that reveal an emphasis on gender, LGBTQ, and ethnic equality.

“Seeing More Broadly” by Mary Dzhuryan — In this essay, Dzhuryan uses close reading and supporting sources to argue against critics who suggest that Sia’s “Electric Heart” music video pushes beyond the boundaries of good taste, and instead suggesting that the work is a powerful work of art.

What does the saying, “a picture is worth a thousand words” mean? 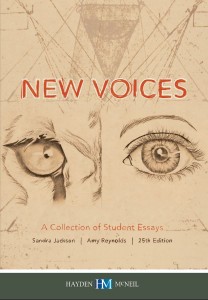 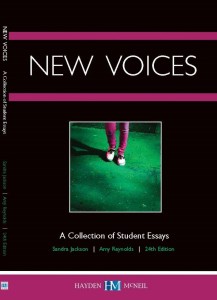 TABLE OF CONTENTS BY TITLE

Examining the Roles of Women in Advertisements

Vocabulary to Define and Use:

TABLE OF CONTENTS BY TITLE

1.  Compare the use of visual rhetoric in Jessica Whang’s “Preface” and Irma Arias’s “Spanglish.”  Revisit these pieces and identify where the authors use ethos, logos and pathos when reflecting on their experiences.

2. Consider the ethnographies in this section and respond to the following:

a) In “Rustam’s Los Angeles,“ Rustam Sharipov states that Los Angeles is like a museum of art. What observations does the author make to support this description?

b) Why does Taravat Gorji, author of  “Ethnography – Arbor Court,” feel so peaceful there?

c) In Richere Barbeau’s “The Botanic Gardens,” how does the author connect the outside world with her personal thoughts? What is her ultimate revelation?

d) “Observing the Bus,” by Mark Santiago, provides various descriptions of different interactions between people. What are these interactions and why does the author find these observations important?

3. Briefly summarize the arguments in Vladimir Jimenez’s “‘Big Brother’ Becoming a Reality” and Jamie Dorado’s “Give Social Media a Second Chance.”  How do the writers support their claims?

4. In “Spanglish,” Arias struggles to balance two languages. What do you believe is the relationship between language and identity?

5. In “We are All the Same,” Jasmine Estrada analyzes PETA’s rhetorical strategies. Do you think this is enough to compel people to adopt a vegan diet? Why or why not?

6. Enrique Gonzalez’s “Green Eggs and Slam” provides an analysis of cartoons most people don’t know were drawn by the famous Dr. Seuss. Do the racist cartoons affect your perception of Dr. Seuss?

7. For this exercise, write a 1 – 2 page analysis of Jessica Contreras’s “The Sacrifice of Being a Teen Model.”

In the response, address Contreras’s argument about the detrimental effects of teen modeling. Do you agree with her position? Think closely about her main points and counterarguments in order to construct a thoughtful response.

8.  For this exercise, write a 1 – 2 page imagined dialogue between Elizabeth Fierros (author of “Emotional and Physical Effects of Heartbreak“), yourself, and the singer of your favorite breakup song.

9. For this exercise, write a 1 – 2 page word picture and reflection about a public place you frequent.

The goal of the word picture is to use concrete, descriptive language so that readers can “see” the scene even though they are not there. Making reference to all five senses, describe the location.  Then, reflect and meditate on the significance of this place. How do others act in this space? Is the place static or does it change regularly? Why did you pick this place? Why do you go there often? Make a connection between your experience and that of others who share your space.