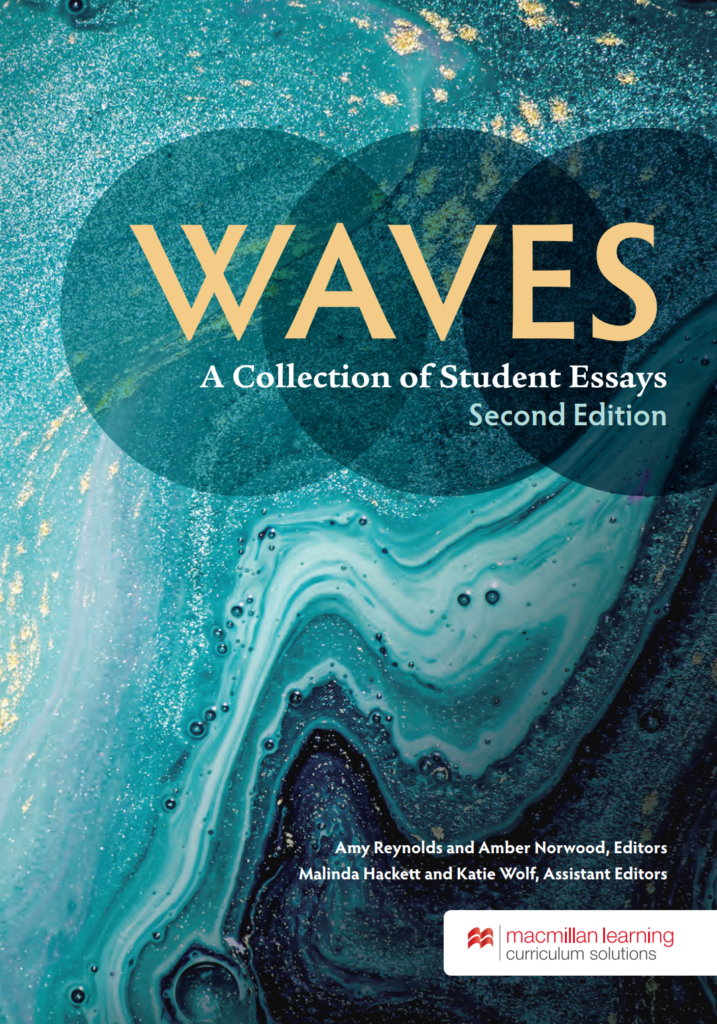 The second edition of Waves features a robust offering of online essays. Topics covered in these essays include an advertisement analysis, a portfolio preface in the form of an Instagram feed, and analyses of music from popular artists like Beyonce and XXXTentacion. Alongside these essays are discussions questions and writing exercises.

“The College Transition” by Susannah Short

A narrative reflection of the student’s transition into college and the many elements that impacted that experience.

“The Dark Side of Rap: XXXTentacion’s Final Album, ?” by Emily Regala

An analysis and discussion of the album”?” by XXXTention and its importance as a tool that addresses important issues like depression and suicide in a media that doesn’t often do so.

“‘Formation’ to Unite the Nation” by Amaya Burch

An analysis of the song and video “Formation” by Beyonce connecting it to the experience of the Black Community and the backlash that stemmed from its release.

A visual text analysis of a public service announcement by Moms Demand Action for Gun Sense in America.

“Ramen is Art” by Nicholas Michayluk.

A detailed description of Ramen, arguing that it is an art form.

A portfolio preface in the form of an Instagram feed.

Assignments for the Online Essays of Waves, Second Edition 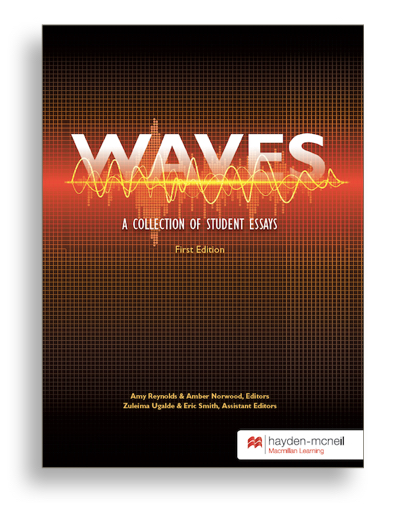