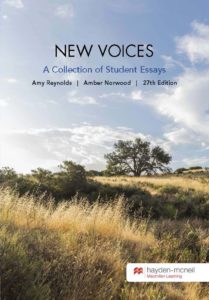 “What Makes a Man” by Giggles (Elise) Klein

“Women in Films: Sidekick or Equal?” by Zamantha Zambrano

How many texts do you encounter daily?  Given the abundance of messages that your mind is given to interpret, both overtly and subtly, how impacted do you think your life has been by these texts?