It’s been 3 years since that day. Almost everything before that is a blur. Numerous moments have been forgotten inside my mind. I can’t even remember what I did the day before that. Everything that I had done on that specific day is all pencil shavings: meaningless and without a purpose. Everything lacked purpose. It was the day where I started to lose hope and lose contact with myself and with God. It was the day that all of the life, all of the spirit, that existed inside of me started to evaporate and disappear. It was the day I became filled with emptiness, which tookover me like a disease.

I remember I was sitting down on my mother’s fancy glass table that sat in the living room. She hated when I did school work on this table,but I had no other option. It was my first year in college, and I didn’t have a work space to call my own. It was about 11 am, the time I usually start my online astronomy lab for my professor, Aaron Collins. I must’ve had the music blasting from my beloved Beats headphones. I enjoyed listening to the music when it was extremely loud. It was the sound of electronica that satisfied my mind with musical sensation while I rushed to complete the boring assignment.

As I finished my homework, from what I remember, I noticed that my phone had been ringing for quite a while. I had my headphones too loud, so I couldn’t even hear the slightest sound from the alarming ring of my phone. It was my mother. My phone must’ve had over 10 missed calls, but I just couldn’t hear it. I was in sheer confusion at that point. I only had one idea why she would call me so urgently. It had been about a year or so since I had smoked my last cigarette, and I remember my mom was always on my case about quitting. I was afraid that it was about that. I wondered if my mom really grew suspicious or if she lost her trust in me. Had she lost all hope in me? I really believed that I was doing well again. I was seeking and believing in God, and I thought maybe my mother had developed some trust in me. Why would she become suspicious of me? I remember thinking to myself, “But I didn’t, Mom. I didn’t. I promise you.”  I answered the phone, and my heart immediately dropped, and I was overcome with great fear. My mom was on the other end of the phone sobbing. I couldn’t comprehend anything she was saying. I completely stopped whatever I was doing. The fear that was inside of me grew enormously, and I began to cry. I had never heard my mom cry like this ever in my life. Never.  She kept trying to tell me something, but I couldn’t understand her because of how intensely she was crying. The only word I was able to make out was “God”. When she finally was able to tell me the bad news, I immediately collapsed on the living room floor. I will never forget this day. It has been engrained in my memory, and it will remain forever. Before this day, I had never cried with so much pain inside of me. I tried to tell myself that I was in a dream, a horrible dream. I laid down on the living room floor, frozen by the idea that my 11 year-old sister, Rebecca, was killed. I became “dead.” 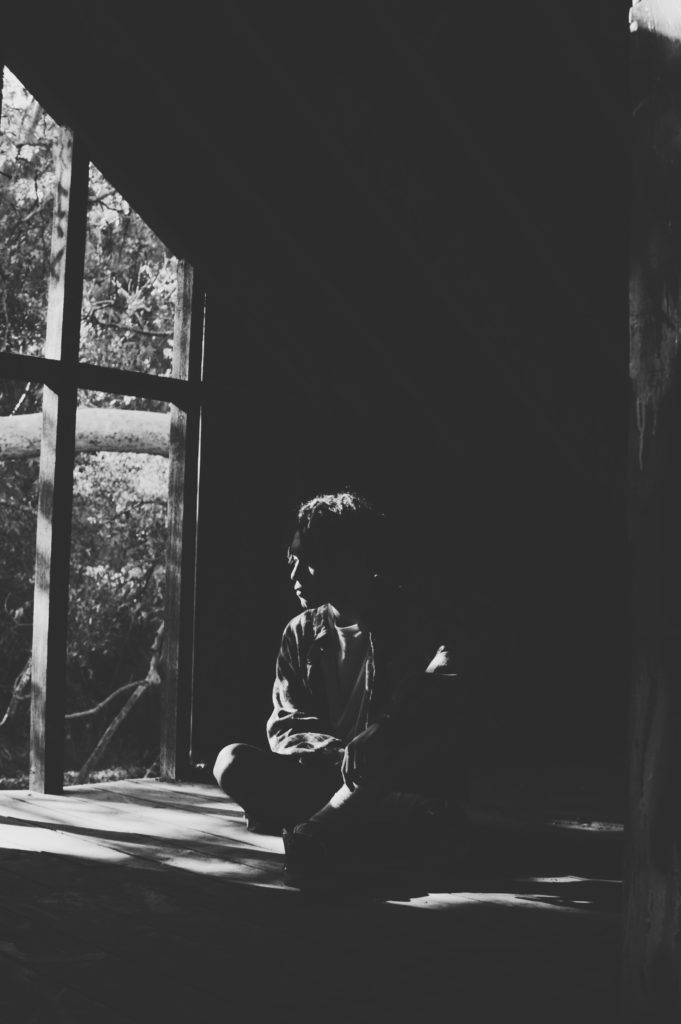 I must have missed school for about 7 weeks. I just know that by the time I returned, four of my professors dropped me from their classes, and I didn’t possess any motivation to go back to school. I felt like I didn’t belong there. I believed that no one could ever understand what I was feeling. I didn’t fit in any longer. Whenever my friends would invite me to go out with them, I always felt like I was never really a part of them anymore. It was really difficult for me to laugh at their jokes or for me to really express the way I actually felt. I began to feel sheer hatred and anger. What happened to my sister didn’t make any sense to me. She was so little. She was only 11 years old.  At the time, I didn’t understand why God allowed that to happen to my sister, to my family. Before she was taken, I was seeking God. I was doing what God wanted me to do. I began to question why he took my sister in the first place. I started to question him.

Going to church wasn’t the same anymore, so I stopped attending. My mom always urged me to go, but I always refused. She always remained faithful to God, but it was just very difficult for me to believe in anything again. I  felt like we had all been dropped from the top of skyscraper by God, and I was the first to accept his defeat. I was without hope and full of anger and hatred. For 7 weeks, I lived desiring to kill the one person who was responsible for killing a  girl who was too innocent and too young to experience death. I couldn’t even say good-bye. My anger was replenished every time I heard my mother sobbing at night. I hated to hear her cry. My mother missed Rebecca the most. I remember always seeing tears drip from her face as we ate dinner alone or when we had my younger cousins over. I hated knowing that my mother’s happiness had been taken away by this person who didn’t consider my sister’s life for a second. I desperately wished to see this man on the street, so I could take his life. I wanted to enjoy that. I desired only vengeance.

But I only fell more into a life of sickness. I eventually grew so depressed that it was all that I knew. For a long time, I went to bed with my pillow soaked in my tears. It felt like years living in this depression, a deep pit that leaked no light from the surface. I couldn’t take this any longer. I missed my sister. The only glimpses of her that remained were in the photographs my family had of her. I sometimes locked myself in my closet because I didn’t want anyone to see me cry when I couldn’t hold the tears any longer. She was only 11 years old. I never saw her go to high school. I never saw her go to prom with her date. I wasn’t able to see her get married. Oh, how I remember her innocent smile. I remember when she turned 2 years old, and we had bought her a tiny chocolate cake. I remember her falling on her head because she fell off the bouncy house when she had turned 3 years old. I even remember when she was in the hospital for a week because she had gotten severe food poisoning. I can even still remember when I would buy her chips after picking her up from school. One of the last memories with her is when we were heading to go see “10 Cloverfield Lane” and she was talking to me about a boy. She was 11. I saw her grow, and I saw her disappear. I eventually came to a point where I wanted to disappear, too.

I couldn’t live like this anymore. I had recognized that I was weak and couldn’t put myself together. I had grown so tired of trying to live my life alone. I needed to hear God’s voice once again. I needed to know that he existed and that he was still there for me. I was dying to know if he still remembered my name. I began to cry out to him. I started to scream at the top of my lungs inside of my closed closet where no one but God could hear me. I needed to hear his voice and feel his hand embrace me, the weary me that could take no more. I then became flooded in His presence. My eyes began to roll back and I immediately fell to my knees. I was reminded of everything that God had done inside of me, changing my life and revolutionizing it. I wasn’t alone, and the sickness and depression started to be cleansed from me. I became overwhelmed by his presence. It was something unexplainable. There aren’t words that can describe it. This was God at his finest, coming to my rescue. This was the loving God crashing over me like a mighty wave. 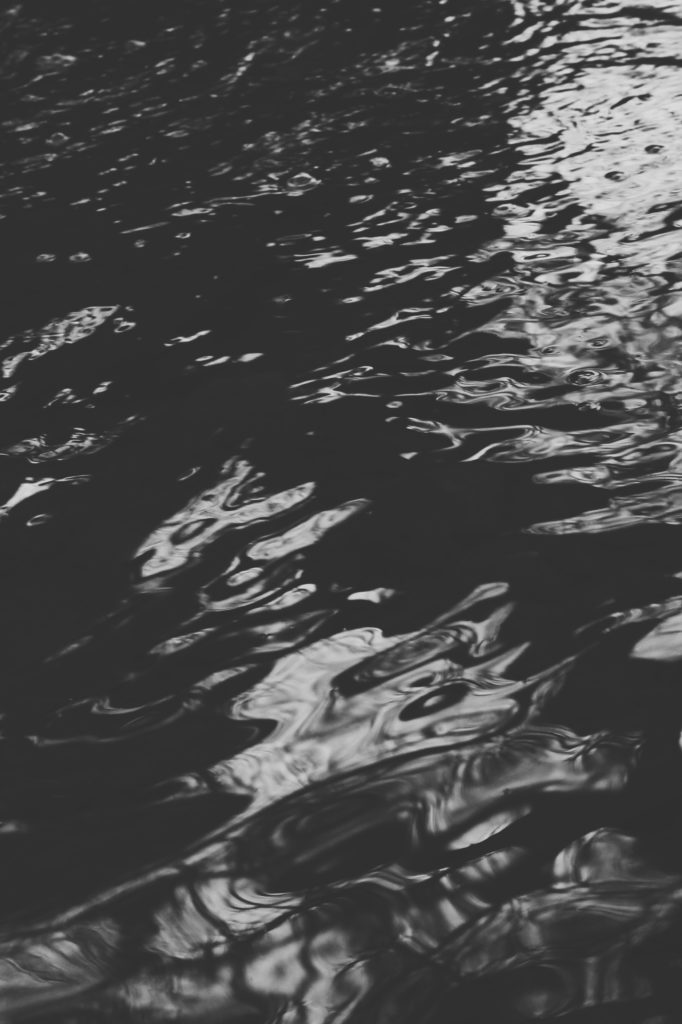 The Young Man and his sister

It was a Thursday afternoon, and I was stoked to see the film. It was “10 Cloverfield Lane.” I picked up Rebecca right after school, and we drove straight to the local theater in San Pedro, CA. As we were driving, I remember Rebecca asking me, “Ryan, do you know that boy that I like?” I was shocked. For a moment, I had forgotten how old she actually was at the time. She was 11 years old around this time and was 5’ 5, already taller than most of the other girls in her 6th grade class. “No. I don’t know him. Why? Tell me about him.” I started to wonder about the idea about Rebecca and this boy. I grew concerned and might’ve been a bit worried for her. She was my little sister, and she was entering a different world. It was a world that could take advantage of her and destroy her feelings. She continued to say, “I think he likes me back.” After her sentence, the vehicle was in silence. I was attempting to say the right thing to her without hurting her feelings. It was like only moments ago, she was playing with her dolls and playing “tag” with the neighborhood girls. I told her, “I think it’s good that you’re growing up, Rebecca, and that you’re liking boys, but I don’t think you should have a boyfriend until you’re 30”, I said jokingly. “Cheap”, she laughed. I began to say, “I’m kidding, but you shouldn’t focus on boys right now. Focus on God and focus on school. These boys will only break your heart. Trust me. I know.” That was the truth. I didn’t want her to become distracted by some boy. She was my little sister and I cared about her. “I already knew that,” she then said. I gave her a slight smile. She was growing up, and I was proud that she was on the right track. She was smart, and she had a bright future ahead of her. I began to speed up. We were running a little bit late for the film. 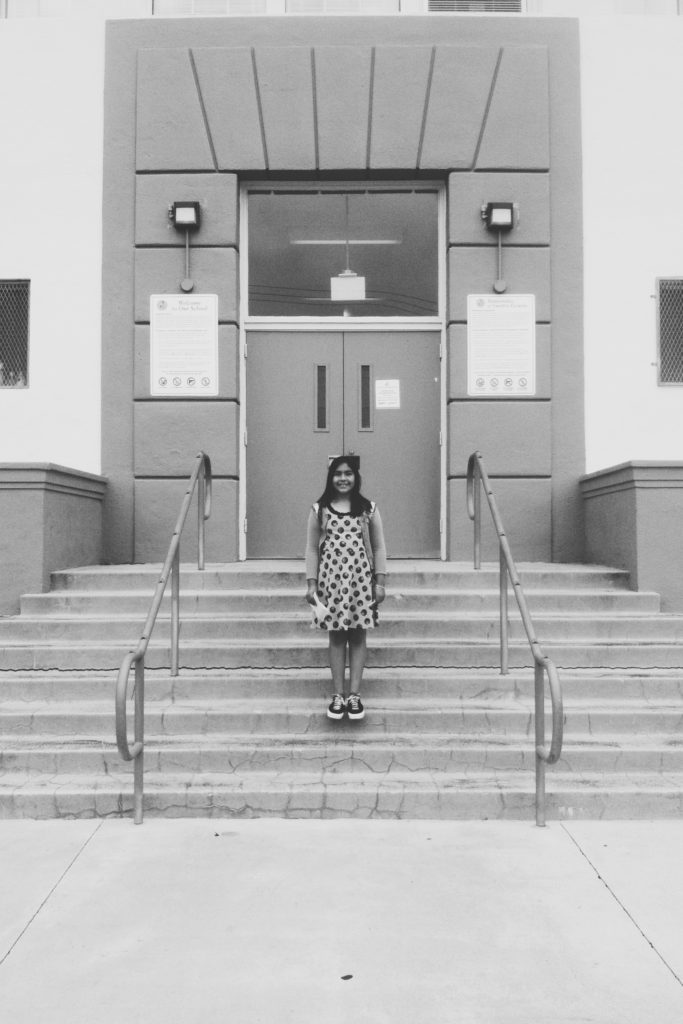