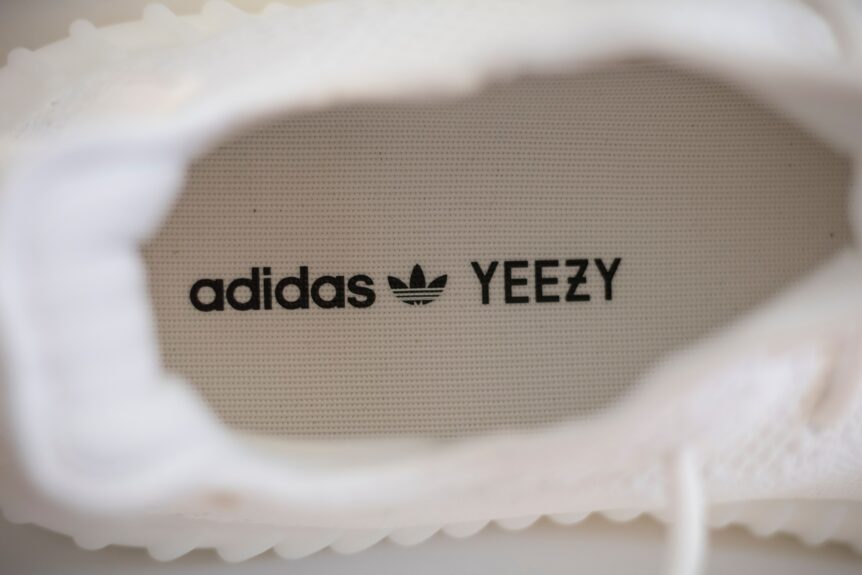 You’re finally in the queue. The sound of your ten alarms buzzes in the back of your mind, glaring light of your Macbook Pro burns your eyes, but you smile as you look down envisioning the clean knit aligned on your feet. Yeezy. The site crashes, and with it your dreams.

In 2013 Kanye West signed with Adidas, one of the biggest clothing brands and the second largest sportswear brand in the world after Nike. West views each piece as art because he is an artist himself; that’s why he worked with Adidas– because they allowed him to pursue his creative vision correctly. However, he is ridiculed for the simplicity of his brand and some people do not understand the hype. Despite the criticism, West’s brand has grown to include one of the most popular and sought-after sneakers in the world. While some may disagree, artist, designer, and creative, Kanye West’s brand Yeezy has impacted the fashion industry as well as shaped the way today’s youth expresses themselves through fashion.

“What is art?”, is a question we often ask ourselves when we are deciding to look at the world around us with a creative eye or critiquing one. Most people would say that art is anything you decide or want it to be, but I believe there is a little more to art than that. Although art may be in the eyes of the beholder, certain criteria and characteristics set it apart from the normalities of the plain world. In “Fashion Theory: The Journal of Dress, Body & Culture,” Sanda Miller writes,“The conjunctive nature of the aesthetic experience as subjective and claiming inter-subjective validity has baffled philosophers who have endeavored to solve the apparent paradox in a number of ways.”

Art creates an effect on the viewer or a sensory experience. This experience can impact one remarkably and subconsciously even inspire them to produce art of their own. The effect that art has on humans is what makes it so extraordinary. The question “Is fashion art?” also creates a big discussion amongst people. In recent years, the fashion industry has coincided with art significantly. Fashion is a form of art that not only allows us to express ourselves but also unites us. Sung Bok Kim writes, “…Fashion nowadays provides artists with subjects or media in addition to fostering their inspiration…the pursuit of fashion’s newness is also a basic premise of both modern and postmodern art: ‘[Fashion] is, in other words, an artworld that operates like clockwork, maintaining the myths of newness, breakthroughs, and constant change so basic to both the modernist and postmodernist enterprise.’” Fashion and art are not only linked with one another but they are also responsible for influencing each other.

When discussing fashion today, two main categories arise- luxury and streetwear. First, there are luxury or designer brands like Louis Vuitton, Dior, Prada, Gucci, and Chanel. Next, there are streetwear brands such as Stussy, Supreme, Off-White, and of course, Yeezy. Luxury brands are known to be way more expensive compared to streetwear brands due to their longevity and classic styles. Streetwear brands are relatively newer and go through phases of intense popularity. Streetwear brands are also known to be less expensive than luxury brands but can often resell for high prices. At times, luxury and streetwear brands collaborate and create a limited edition line. “Brands like Lanvin, Raf Simons and Maison Martin Margiela have Kanye to thank for making them well-known names in the sneaker community. Known for his tastemaking abilities, Kanye changed the way that sneakerheads looked at designer brands. Instead of ignoring designer brands, footwear enthusiasts started to branch out” (KLEKT). The collaboration of athletic brands and designer brands continues to grow with the reach of West’s influence. The article continues by explaining, “Models like the Balenciaga Arena and Visvim FBT soon became go to’s thanks to Kanye wearing them”(KLEKT). Luxury and streetwear brands create so much excitement by themselves but when they team up the whole world of fashion is restless.

In the last decade, streetwear and designer brands have been responsible for bringing today’s youth together. The impact of streetwear more specifically has been seen through what is commonly referred to as “sneaker culture”. Sneaker culture is the hype surrounding collecting and reselling popular sneakers. Online sneaker marketplace and fashion blog KLEKT defines this matter, “Ultimately, it all comes down to the hype equation: Hype = Notoriety x (Mystery + Exclusivity)”(KLEKT). Sneaker culture has unified people together from kids to adults and all around the world.

It is hard to imagine the world of sneakers without Kanye West’s brand Yeezy. West is an artist, designer, and figure idolized by many of the youth today. In 2009 he released his first pair of sneakers called Yeezy and the world went insane. People had previously seen West wearing his own sneakers and wanted to know more about them. “Quickly people realized it was a signature shoe. It would change the sneaker world forever” (KLEKT). West’s own fashion and style make people more intrigued to want his brand.

But it doesn’t stop at just wearing Yeezy. Yeezy has allowed the sneaker reselling industry to skyrocket. When people saw the limited drops of sneakers, resellers knew just what they had to do. They knew that these shoes would increase in value due to scarcity and popularity but no one was prepared for the massive income they would make. “People knew who Kanye was and this combined with the debut silhouettes and limited numbers meant they knew it was instant money” (KLEKT). Reselling sneakers went from a hobby or side hustle to an actual career.

Reselling sneakers allows people to make money from home as well as create a community. Whether people are passionate about West himself, sneakers, or just want to make money, resellers get together for an exchange. This creates small connections, which leads to friendships, business partnerships, and a whole community of sneakerheads. “More importantly, Yeezys changed the culture of reselling as a whole”(KLEKT). This sense of community is a remarkable product of something as simple as Yeezy.

However, many people disagree with the idea of Kanye West holding responsibility for the change in the sneaker and fashion industry. Some people even argue that fashion is not considered art. “In the article, Vreeland, past editor of Harper’s Bazaar and Vogue and former special consultant to the Costume Institute of the Metropolitan Museum in New York, firmly insists that ‘fashion is not art'”(Kim). The article continues by stating, “Art has to do with something totally spiritual [sic]. It is a very remarkable, extraordinary thing. That is what art is and fashion isn’t. Fashion has to do with daily life . . . Fashion has a physical vitality, while the vitality of art is not so tangible” (Kim). Despite these statements, fashion is art. Art is about being open-minded which is the complete opposite of what these sentences entail.

People all around the world, of all ages, absolutely love or hate Kanye West; however, no matter what you think of West, there is no doubt of his great impact on the fashion and sneaker industry. Kanye West’s brand Yeezy has not only influenced the big luxury and athletic brands, but also changed how people live. West believed in his brand because it is his art. As an artist and designer, he has taught people to express themselves through fashion and their creative choices. It is evident that West’s impact has changed the world today by inspiring others and creating community and this mark will inspire others to continue this effect in the future.