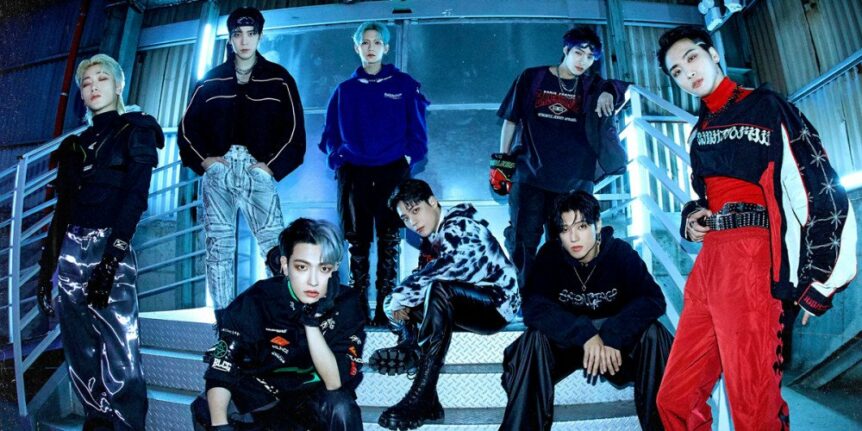 You go home after an exhausting day of school and work. After dealing with the same repetitive tasks on repeat and finally getting a mental break, you reach for your phone. You immediately check your social media and are welcomed with comforting words and photos from your favorite group. Since you finally have the opportunity, you watch their latest performance which you have been thinking about all day. Due to the unique mix of beats from different genres to the personal lyrics linked with amusing choreography, the tension of your day eases as you finally relax. You wish to see them soon whether it be in concert or on a live stream and proceed to interact with the loving community of their fans online. Only one group can soothe your soul and intrigue you through their art of music, dance, and compassion the way they do. It’s Ateez.

When many people hear of the term “K-Pop” they tend to think of some sort of foreign mass-produced music; however, Ateez exists to prove this false. Ateez are a unique group from South Korea who take their profession seriously and make their art stand out when compared to other groups. The eight members Hongjoong, Seonghwa, Yunho, Yeosang, San, Mingi, Wooyoung, and Jongho practice daily and train hard in order to display their artistry to the world. They do this in various ways and have a goal of emotionally connecting themselves to their audience in order to create a positive impact. Ateez portrays art in numerous unique methods including the use of storytelling in their work, creatively inspiring others through positive messages, and emotionally connecting millions.

To begin, Ateez creates a strong connection with their audience by using a complex storyline in their videos, songs, and choreographies. The storyline follows the group as pirates while they travel through dimensions using an hourglass chromer in order to find a utopia. Their reason for doing this is to combat and escape a government which prohibits art, dance, and music. This is explained in their performance, “The Awakening of Summer,” from the competition show Kingdom: Legendary War. In this performance, they see fliers from the government which state that art, dance, and music are banned so they work to plan a riot by the end to earn their right to creative freedom. They came up with the idea for the performance themselves because it reflects their inner feelings about how important artistic expression is to them. Along the way, they must deal with a few obstacles; their mirrors Halateez from an opposite dimension, the government’s guardians who are after them, and a mysterious masked man who wants to steal the hourglass. This complex storyline is something that not many artists can pull off effectively due to its specific components. By doing this, they are able to connect to an audience that feels similarly and keep them engaged throughout their entire career.

In addition, the story is followed in every music video they release and a majority of their songs as well. For example, their most recent song and music video titled “Deja Vu” follows the members escaping the oppressive government. However, Yeosang was caught and broke the hourglass by accident, which caused the members to be trapped in a negative dimension. Some lyrics in “Deja Vu” are added as hints towards the storyline such as, “I know, But I can’t get away either, I’m drowning to fall, save me, Please don’t leave me.” By including these lyrical elements in their work, their audience becomes more attentive to small details and can appreciate how they are able to get it across. Ateez even has “Diary” versions of their albums which include written additions to the storyline at the time of release. They always leave cliffhangers so that the audience will want to know what happens next.

In addition to songs and music videos containing the storyline, Ateez’s choreographies and performances do as well. In an article titled “Introduction: Dance Art and Science” by Renee Conroy and Julie Van Camp, it is explained that, “dance art ‘works’ by ‘speaking’ directly to the bodies of audiences” (Conroy and Van Camp 167). This ties into how Ateez uses detailed emotional dance in order to tell the audience a message related to the lyrics. To ensure this is effective, they make sure it is very specific and synchronized. For example, the choreography for their song “Treasure” begins with the choreography for the end of “Precious” in reverse. This was because they wanted the audience to connect the fact that the end of “Precious” is where they found the treasure and the lyrics also include a transition into the introduction of “Treasure”.  To add drama and emotion to this dance art, Hongjoong is seen writing “Ateez ” on the floor using hand motions before the reverse choreography initiates in “Precious”. This was to signify how they found a new land, as they are pirates in the storyline. The amount of thought put into choreographies such as these show how they use the art of storytelling to amaze the audience.

Furthermore, Ateez also gives positive messages both in their work and their careers in general in order to inspire others. The rappers of Ateez, Hongjoong and Mingi, take part in writing and producing a majority of Ateez’s songs. Since they have the opportunity, they always ensure their songs are inclusive and intend to be relatable for the listener. They typically use very comforting or positive messages; however, they also address more serious topics when they can. For example, Ateez’s song “Celebrate” which Hongjoong helped write, compose, and arrange, sounds like a fun upbeat song, however, it contains a deeper meaning. In an interview with Wonderwall Art Lab, Hongjoong explained, “First of all, what I wanted to convey by this song ‘Celebrate’ is that regardless of our appearance, age, gender, and race, we deserve to be loved and congratulated just for our presence” (Kim 12:40-12:53). By including messages such as these in their songs, the entire audience feels welcomed and appreciated for who they are. Ateez uses its artistic ability in order to help advocate for all people in hopes of making a difference. They also make sure their songs do not target specific age groups or genders so that all listeners can enjoy them equally. This sets them apart from other artists who typically do not care much about including positive meaning in their music or even have any in the first place. This message of inclusivity they never fail to deliver helps define them as respectable artists because art should be open to all people.

Ateez also inspires others through their participation in campaigns such as “Polished Man,” which raises awareness and funds to help reduce violence towards children. In fact, they have become official ambassadors for this organization and have raised thousands of dollars in donations both from themselves and by fans. In an interview with Allure, Hongjoong explains how he found the campaign, took its message to heart, and mentions, “One of Ateez’s goals is to have a good effect on people, whether its behind the scenes or when we’re on stage, and I knew I could easily try this and do this for children” (Kim). Using their influence as artists to help others gives them a deeper meaning than just a K-Pop boy band. They want to share these positive messages in any way they can. In this case, raising awareness for a sensitive topic is the message they want to convey and therefore they consistently ensure to take part in the campaign by keeping one nail painted to represent the fact that one child dies every five minutes due to violence. Ateez wants its audience to feel inclined to make a difference in the world just as they do. Because of this, they use their power as influential artists to speak up.

Ateez also unifies a large group of people to themselves as artists in order to create a sense of purpose, identity, and belonging. They do this in order to give their audience something to look forward to and appreciate in their lives. A few ways in which they keep in touch with their audience are through the use of social media, live streaming, and online concerts. According to an article titled “‘They were having so much fun, so genuinely…’ K-pop fan online affect and corroborated authenticity” written by Rebecca Chiyoko and King-O’Riain, “K-pop has been popularized in the West almost solely through the emergence of a transnational digital social world of emotionally invested fans” (Chiyoko and O’Riain). This relates to how Ateez takes note of how their international audience wants and needs emotional connections to them in order to fully understand and appreciate their artistry. Because of this, they avidly use their social platforms on a daily basis to create a stronger bond between fan and artist. This creates a community because it allows numerous people to have a common interest and platform.

In addition, Ateez also enhances their identity as artists by helping to break down negative barriers against K-Pop in the western world. Simply being a talented Korean act allows westerners to finally normalize the concept of foreign music which has been tough in the past. Ateez creates a sense of worldwide unity by being an eye opener to those who would have previously dismissed or even looked down upon foreign artists. The fact that they are extremely hard working and put genuine love and effort into everything they do makes their audience more connected to them. In their song “Stay,” Ateez expresses their feelings towards their audience, which can be seen in the lyrics, “If you can see me, No matter where you look, You have become the inspiration for these lyrics, Stay with me, When I’m not by your side, When the illusion is empty, I’ll let you see and hear me.” Despite busy schedules, Ateez gives their all in order to make sure they are putting out exemplary work for their audience, who are their biggest motivation. Their wholehearted care for the audience’s thoughts towards their artistry is a strong reason as to why their bond thrives. This makes their audience feel as if they are participating in a welcoming community, guided by Ateez’s camaraderie.

Being the multi-talented, compassionate group they are, Ateez proves their artistry in almost everything they do. Due to their uniqueness, Ateez’s artistry expands on the traditional understanding of what art is. Rather than art being a painting or sculpture in a fancy museum, they prove that art can also be found in caring messages, the formation of a community, and the use of vivid storytelling. Their mere existence allows their audience to look at art from a different angle. Everything Ateez does as artists, ranging from their music and performances to communication with their audience, creates loving emotions on both ends. Their artistic impact not only positively impacts their audience, but also the world around them.

Journal of Aesthetics and Art Criticism, vol. 71,  no. 2, [Wiley, The American